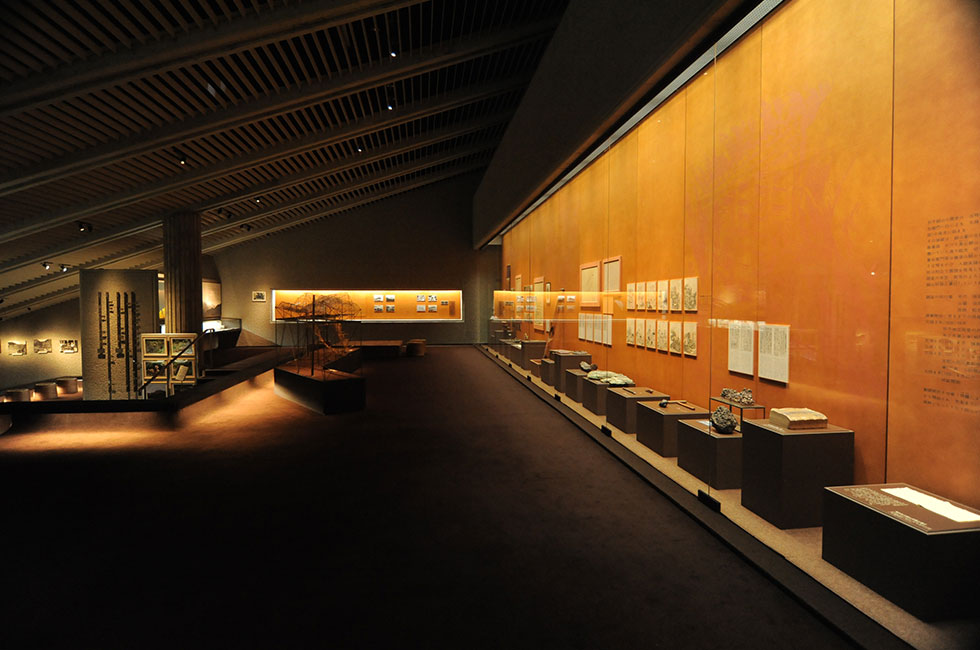 This facility conveys the significance of Besshi Copper Mine as the cornerstone of Niihama City. The building is constructed as a semi-underground structure made to look like the inside of a mine and contains valuable displays tracing history from the groundbreaking of the mines and Sumitomo, - geological deposit samples, artifacts from the then lifestyle and customs, and important documents pertaining to technology and the efforts to decrease smoke emissions on Shisaka-Jima Island Opened in 1691 and operating till 1973, the Besshi Copper Mine was the foundation of the Sumitomo Group which opened this museum in 1975, in order to pass down and preserve the legacy of the mines to future generations. Over 283 years, the Sumitomo was the sole operator of the mines, and after the Meiji Restoration pioneered to introduce western technology, mechanization and modernization. Profits made were used to develop related businesses to ensuing in the large present-day conglomerate which contributed to Niihama City status as Shikoku’s top industrial City. Also renowned as the city’s best ‘Azalea viewing spot,’ every May the Azalea-covered slanting rooftop of the museum, comes alive with pink blooms. The May-blooming Azaleas were planted on the roof to commemorate the May 9th 1691, opening of the mine.