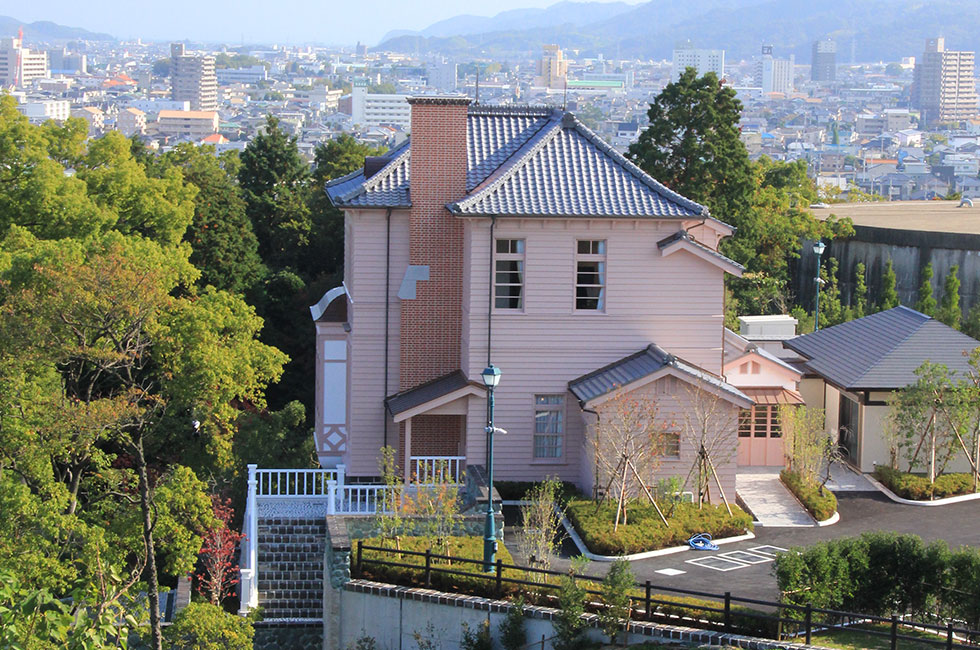 The Higurashi Villa Memorial Museum is a two-story wooden western-style building originally built on Shisaka-Jima Island in Imabari City as the Sumitomo Family’s villa in 1906. Before deteriorating after more than 110 years, it was relocated and restored to Mt. Hoshigoe in Niihama City from which you could still enjoy a distant view of its previous location, Shisaka-Jima Island. It was opened to the public in November 2018 as the “Higurashi Villa Memorial Museum”, which also covers the history of Shisaka Island. The aging roof tiles, outer walls, external fittings such as windows, and structural materials such as pillars and beams related to durability have been faithfully reproduced with new materials. On the other hand, internal parts were relocated (reused) as much as possible, and about 95% of around 10,000 parts such as flooring materials, wainscots (interior wall panels), ceiling materials, interior fittings, fireplace stones and furniture were relocated and restored.