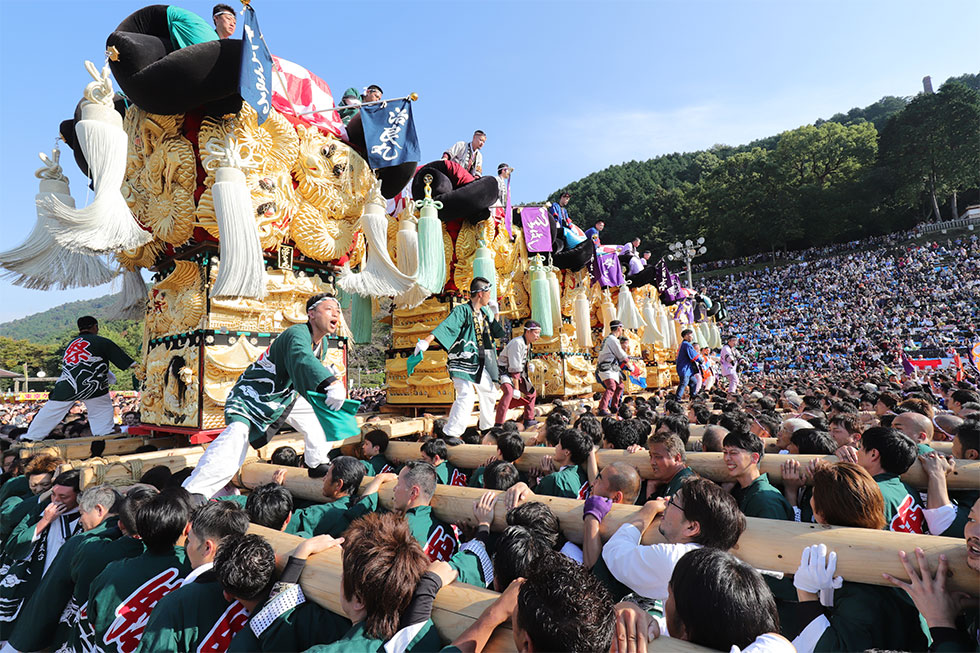 Presently, it is hard to say exactly when taikodai were first used. According to local tradition, during festival times it was said that a mikoshi was accompanied by a type of float, as a show of faith. It is believed that this originated during the Heian period, or possibly even as far back as the Kamakura period.
In Niihama, the taikodai were originally dedicated to Ujigami as a sign of gratitude for good harvests in the fall. They begin to appear within records during the latter portion of the Edo period, the Bunsei era. From the late Edo period through the early Meiji era, the taikodai weren’t even as large as today’s children’s taikodai and lacked the distinct tent-like bulge that now crown them. As a result of the mines opening, and the economic boom that followed, the taikodai of the mid-Meiji era underwent great expansions and by the start of the Showa era had reached the same grand size they now possess, tent and all. While the curtains were a bit thinner, they were quite close to what we have now.
Even among all the taikodai present along the Seto Coastline, Niihama’s have become known throughout the country for their gorgeous decoration and majestic size. Fittingly, it has earned the festival another name, “Mens’ Festival.” 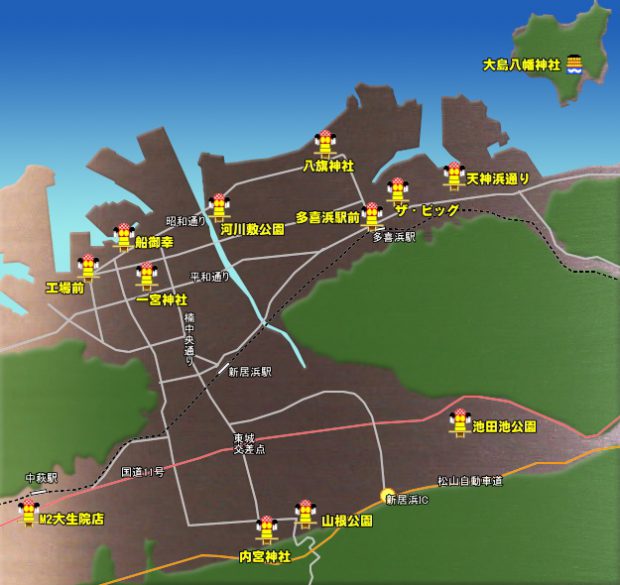 Festival Craftsmen Working within the City

The taikodai that began appearing during the Meiji era were indeed much larger than those that had come before, and their construction had become much sturdier.
As a result of these magnificent taikodai, the Niihama Taiko Festival has come to be known as one of the Three Great Festivals of Shikoku. And for the past three hundred years these traditions have supported the spirits and techniques of a great many people. Taikodai are the pride of their respective neighborhoods, especially their decorative curtains. Often the talk of the town, teams compete to outdo each other’s beautiful designs while making every effort to preserve them. Each curtain showcases bold three-dimensional embroideries distinct to each neighborhood, and while the passionate members of the community do their best to care for them, the fierce movements of the festival and age eventually become too much to bare. As the face of the taikodai, repairs and replacements of the curtains present a major endeavor, and the craftsmen respond to this call with confidence and great pride. They work to protect the culture and traditions of the city, as embodied by the decorative curtains and their craft, so that they may be passed on for generations to come...